A graphics card is vital to any computer system, as it helps provide better visuals and graphical performance. Many graphics cards come with ports for different types of connections.

The most common ports on modern GPUs are HDMI, DVI, VGA, and USB-C Virtual Link. HDMI is the most popular port, as it can handle video and audio signals in high-definition quality.

With these ports explained, you can make an informed decision when choosing a new GPU for your system.

HDMI stands for High definition multimedia interface. The HDMI port allows for the transmission of audio and video signals from a GPU to a PC or TV.

The quality of the video and audio transmitted through this interface is much higher than any other type of connection. This port ensures superior quality of audio and video transmission. 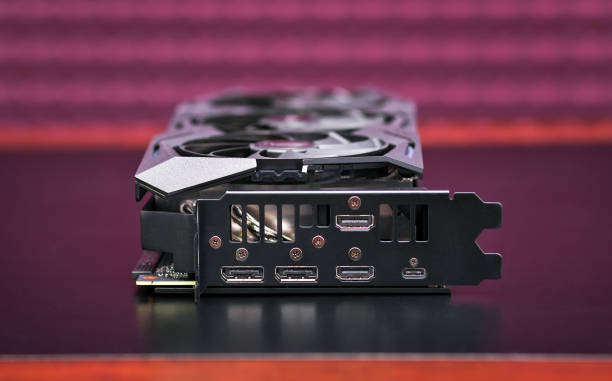 The Digital Video Interface (DVI) port is a type of connector in the GPU that sends digital video signals between the GPU and PC. It is compatible with modern computer monitors, televisions, and other display devices.

There are two types of DVI connectors: single link and dual link. The single link DVI has fewer pins and can only support resolutions up to 1920×1200.

HDMI, DisplayPort, and DVI are all digital video interfaces that will enable high-quality image transmission. They can transmit digital video signals at much higher resolutions than VGA. 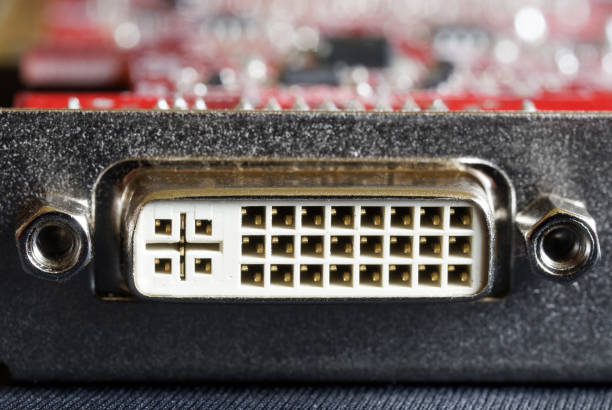 VGA is an analog port found on most GPUs and laptops, used to connect a computer or display. VGA stands for Video Graphics Array and is one of the oldest display connectors.

The VGA port consists of three rows of five pins arranged in a trapezoid shape, which use a cable with a 15-pin D-sub connector at either end. Connecting your laptop or GPU to a computer using the VGA port transmits an analog signal.

Analog signals carry both audio and video information. This allows for resolutions up to 1920×1080 (Full HD).

Due to their age, VGA connectors need to be updated. Newer standards such as HDMI, DisplayPort, and DVI replace the VGA port.

VGA Port is an old but reliable analog connection method. For transmitting audio and video signals. Modern techniques such as HDMI, DisplayPort, and DVI are on many devices today.

These can provide resolutions up to Full HD if you have a suitable cable. 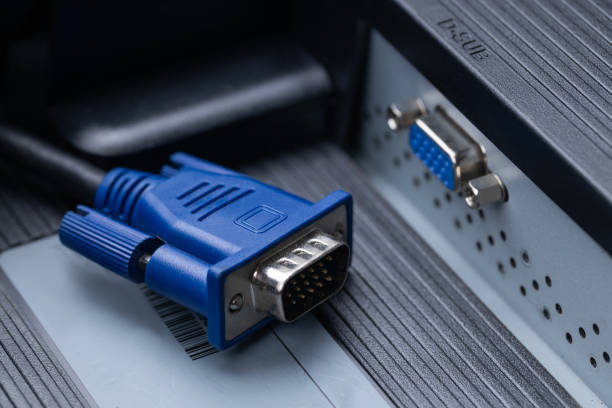 USB-C Virtual Link is a new USB-C cable that sends video/audio from a GPU to a USB-C port. It allows users to connect their graphics cards to their devices using a single cable instead of many cables for each video connection.

The USB-C Virtual Link cable supports resolutions up to 8K. It can transfer both video and audio through a single USB-C port.

Users don’t have to worry about having many cables plugged into their device or needing many ports to support the connection.

This technology allows for much faster data transmission speeds than traditional USB connections. This feature makes it an ideal choice for gamers or anyone who needs high-quality video and audio output.

DisplayPort is a port that sends audio and video signals from a computer to an external computer or graphics card. DisplayPort is a VESA connector developed as an alternative to DVI, HDMI, and VGA ports.

It is present in modern graphics cards, computers, and monitors. Mini DisplayPort is a smaller version of DP; it has become popular due to its compact size. Its small size makes it ideal for use with laptops.

It needs an adapter to connect two devices with different versions of the DisplayPort. For example, if you want to connect your computer to an HDTV with an HDMI port, you’ll need an HDMI adapter.

This adapter supports the mini DisplayPort version of your laptop. 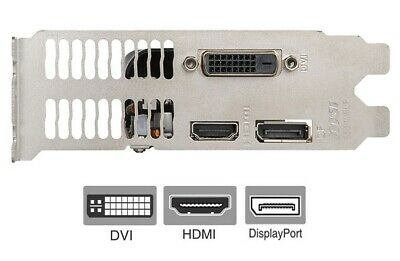 Is DVI or VGA better?

It depends on what you need from your video connection.

DVI connections offer a higher resolution than VGA and are subject w with LCD monitors. DVI provides a sharper image.

VGA is an older technology often found on older TVs and projectors. VGA supports analog signals rather than digital ones. So, it produces a lower-quality picture than DVI.

Both cables are affordable, and both are available at any electronics store.

Does it matter what port you use on the graphics card?

Yes, it is always worth checking the correct port for your graphic. The decision of whether to use a particular port depends on two things.

The purpose of the harbor and what type of connection you are trying to make. If you are connecting your computer to an external device(GPU), then the correction is necessary so that your PC receives adequate data from GPU.

Some ports have limits in their capabilities resolution, refresh rate, and color depth. Ensure you use the right graphics card ports if you want higher-quality visuals. Certain types of inputs need specific ports.

For example, HDMI for audio/video transmission or DisplayPort for high-resolution displays.

Is DisplayPort better than HDMI?

Yes, DisplayPort is better than HDMI. DisplayPort and HDMI are both popular connectors used for connecting displays to computers.

DisplayPort is the most recent connector technology and has several advantages over HDMI. First, DisplayPort has a higher bandwidth than HDMI.

It supports more advanced features such as 3D video, 4K resolution, faster refresh rates, and higher frame rates. It also supports many audio formats and can send audio with video.

DisplayPort cables are smaller and easier to connect than HDMI cables. If your device has both an HDMI and a DisplayPort port, it is best to use the DisplayPort.

Can You Go From USB-C to DisplayPort?

This allows users to attach their laptop, having a USB-C port, to an external projector that uses a DisplayPort connection.

The adapter enables data transfer between the laptop and the display device through its cable connection. This connection will not work if you connect from HDMI or USB ports. Only USB-C ports support this type of conversion.

Sahil is an experienced author and content creator who specializes in gaming technology, gaming hardware, and gaming software. He has written for numerous publications and reviews the latest gaming hardware and software. He has experience with various gaming setups and is always willing to answer questions. His reviews are honest and thorough, and his passion for gaming and commitment to providing accurate information make him a great source of information for gamers.